I’m sometimes surprised that the 5cc is often overlooked, especially considering how insanely busy the venues they are hidden in are.

I say hidden in, since the punters of the Well & Bucket, and Exmouth Arms, seem almost completely oblivious to the cocktail den hidden under and above (respectively) the said pubs. True, reservations are necessary considering the size of both venues, where visitors sneak in to the little hideaways.

Though they share the same furniture, the atmosphere of each venue is entirely different. When entering the Well and Bucket on Bethnal Green Road, you are met with a warped impression of a Victorian pub, with ceiling to floor length mirrors and mirrored portraits of decaying 19th Century gentry on dark wood panels. Impressive as the aura is, we take the stairs in the corner down to the basement, where leather couches line the walls and the tiny alcoves of the crypt with its exposed brick wall. Fleetwood Mac plays in the background while the Hoodooist and his friends excitedly charge in to possess a dark alcove for themselves.

The Exmouth Market venue is entirely different. The Exmouth Arms is a similarly dark pub decorated with Dan Hillier prints. Whereas the pub has terribly bad service (“What’s Armangac?” – it was on the menu.), you can escape up the staircase that’s rather well hidden near the fire exit. The 5cc upstairs is docked with black blinds and exposed bulbs, creating an aura of a Film Noir detective’s office – very different from the East London crypt.

The cocktail menu is vibrant and rum heavy, mezcal plays its part as well. Beginning with a Don Collins (overproof rum and grapefruit, charged with cider), was far more satisfying than expected, considering the Hoodooist isn’t a fan of tall drinks. The citrus of the grapefruit is not overpowering, and helps sweeten the cider’s acidity. This was followed by a 151 Express: Goslings 151 proof rum, coffee liqueur in espresso. With previous experiences with Goslings, I was, again, surprised – to find a smooth drink sneakier than you could imagine. A great digestif, the rum was subtle and would catch up with you by the end of the sweet, caffeinated cocktail.

I ended by asking the bartender for an off-menu cocktail off the top of his head. What I got was a ‘daiquiri with bourbon’ (I doubt it still counts as a daiquiri). Bourbon, crème de peche, orange for citrus, and sugar. My skepticism was sated with a short drink that perhaps was more of a sour, but an excellent one.  The right balance of tart and sweet in its etched crystal glass, and one you could take your time with. 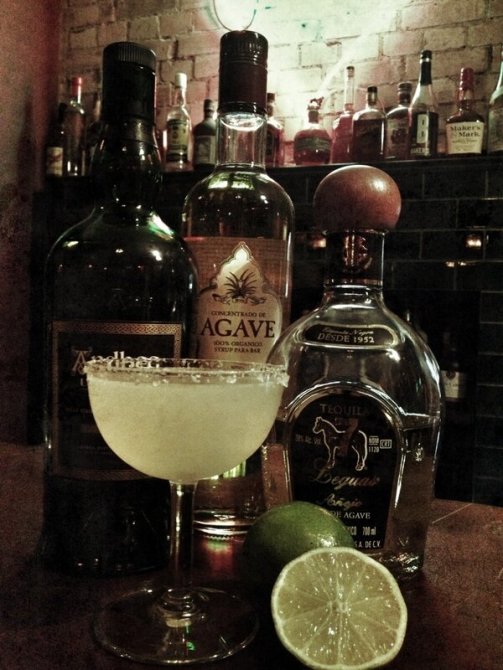 House cocktails are excellent, in wonderful atmospheres away from the bustle. 5cc also provides ‘vintage cocktails’ with heavily aged liquors – a Martinez, and 7-gins-to-1-vermouth Martini at 45 pounds each. Don’t forget to ask for Forgotten Range: shaken moons ago and perhaps left behind.

5cc is a welcome bar with skill in both highly commercial areas of BGR and Exmouth Market that pay little attention to what they offer in drinks.  Pop by early on the in the evening for a quiet drink with friends, or surround yourself with strangers more than happy to be in conversation in the cosy environment.

NOTE: Unfortunately, as of Winter 2014, Mizuwari Soho has been shut down. We will miss it dearly.

Mizuwari is a gem. It has certain drawbacks, but it is unique in London as a bar specializing entirely in Japanese whisky – an ignored market here.

Old Compton Street’s Bincho is clouded in smoke and vapour from the open kitchen where diners feast as you move to the end of the restaurant and take the stairs down into the self-described ‘dive bar’. This is kind of where the only problem I find with Mizuwari lies. The room is far too dark to read the menu, the television is highly unnecessary, and the furniture incredibly uncomfortable. Considering how low the seats are, and the sense of wanting to lie back and relax with the strong drinks, the backlessness of the chairs is such a major pain.

Seated, the incredibly knowledgeable bartender will walk you through the major whiskies they provide, from the well-known Suntory: Yamazaki, to the various Nikka, Ichiro and Karuizawa on offer. ‘Mizuwari’ means ‘mixed with water’, the traditional way to serve whisky in Japan – so we began with the Yamazaki 12 single malt Mizuwari, and the Hakushu 12 single malt with soda, each with crystal-clear hand-cut ice blocks of binchotan charcoal filtered water. Being new to the Mizuwari serve, the charcoal filtered water provided us with a novel new way to explore the flavours of whisky as the water rounds out and dissects the layers of taste for inspection. Among the group, we did see that Japanese whisky may not be for everyone, but it is easy enough a taste to acquire if you already have one for Scotch.

We followed with the whisky cocktails. The Hoodooist went for the Risshun – the Hibiki 12 blend whisky, honey Umeshu plum liqueur and ginger. Sharp on the nose, and slightly intimidating; the Risshun is strong, and doesn’t kid around, but has an unmistakable air of sophistication and wit to it. The Umeshu helps soothe the sharpness of the Hibiki 12, and the ginger to bring back its tartness. Conversely, the Shosho (Hakushu 12, soda, rose water and fresh mint), is a fresh, crisp libation for the early evening.

Bar snacks include edamame beans on the house, and yakitori skewers to order. 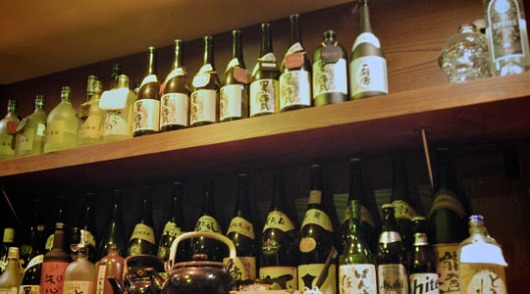 Other than the flawed furniture choices and the perpetually sticky floor, the impeccable service of Mizuwari always makes it a perfect destination for the whisky-fan. Of course, the absence of cocktails with other spirits means that you don’t want to bring anyone without a palette for whisky, so do make sure before booking. Even though it’s not on the menu, I’m sure you can request plum wines and sake instead.