Yes, Alastair Burgess and team of Happiness Forgets (Click HERE for review) are back with a vengeance with Original Sin in Dalston! The basement below the Stokey Bears burger venue above ground becomes the dark and seductive Original Sin.

Original Sin is both very similar to, and very different from Happiness Forgets, and those who’ve been to both will understand. Sin’s set up is similar to an expanded version of Happiness, decked out in hardwood and bronzed lighting. The menu is quintessentially Burgess as well, and the crowd typically Happiness. Though less claustrophobic than Happiness, Original Sin is still packed with punters. 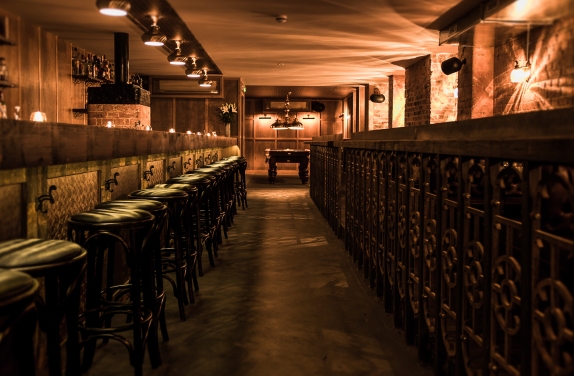 The cocktail menu is short, and unpredictable. The unique combinations of ingredients make it difficult to anticipate the flavours of the drinks, so you just have to go for it – but what a fantastic menu it is.

The Perfect Storm comes right from the Happiness Forgets menu: Dark rum, plum brandy, lemon, honey and ginger. And a perfect storm it is, spicy, tangy and a whole lotta fun. Once you’ve been hit by the ginger full force, then the plum brandy, moving into the dark rum and finally settling again to the honey and intense ginger – highly recommended unless ginger isn’t your thing. You got to love it to enjoy this one.

Mr. Sandman is perfect for this time of year: Remy Martin, allspice, lemon, maple syrup, ginger and egg yolk. The first thing that struck me is how well the yolk has been handled here. Shaken just right to not curdle or become too thick. Lightly spiced, the allspice is more present than the ginger, but doesn’t overpower – it’s the maple syrup that stands out (not often that maple syrup is a powerful flavour in a drink, I find). Incredibly well balanced, and one of the few traditionally Xmas style drinks the Hoodooist has enjoyed. The only drawback being trying to stop singing Mr. Sandman after. 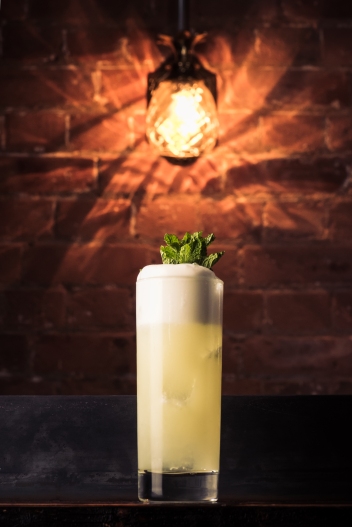 The winner of the night has to be the Sea City: Mezcal, Cachaca, lemon, Agave, salt, mint, egg white and soda. We had no idea what to expect when ordering this one, but it turns out the name is far more enlightening to the flavour than the drink – bright, lively, exciting. The background smokiness of the mezcal lingers throughout the drink, but begins with the intensity of agave and Cachaca, followed by the lemon and salt, with a hint of mint at the end, this entire drink is a roller coaster. Amazing.

Service is excellent: quick, with a good number of staff, major plus.

The only drawback I experienced at Original Sin would have been the feeling that people were always crowded in on you even when you were seated (perhaps that was the result of the loud speakers?). I can see a stricter limit on entry (like the stricter limit enforced at Happiness Forgets) greatly benefiting Original Sin.

I love the idea of having this great bar as a nightcap spot, popping by at 1AM for a last drink and round of pool – so a firm favourite on Stoke Newington High Street to round a night out. A must visit!

Original Sin is currently open, but will only take reservations from January 2015 onward.