“The Laphroaig Lore is the story of Laphroaig itself. It’s a massive whisky, as bold as it is deep, and one that I sincerely hope does justice to the many generations of Laphroaig distillery managers. It’s our story, bottled, the richest of the rich”.

Distillery manager, John Campbell, whose brainchild the Lore is, explains how each manager over 200 years has provided something new to the Laphroaig legacy, and how each’s culminates into the latest Lore expression. 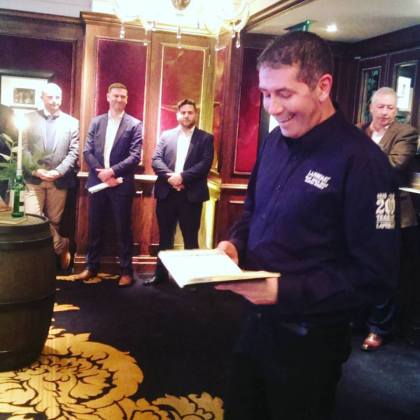 The Goring, London’s last family owned luxury hotel, hosted the launch the day before the 48% abv single malt went onto the market as one of the latest of one of the best-selling Islay distilleries, and one of the most expensive NAS whiskies out there.

Now Laphroaig can state there is a list of whiskies ages 7 to 21 that make up the Lore, but not in what amounts, so buyer skepticism is understandable and encouraged for a bottle hitting nearly 80 GBP. So let’s get down to business. 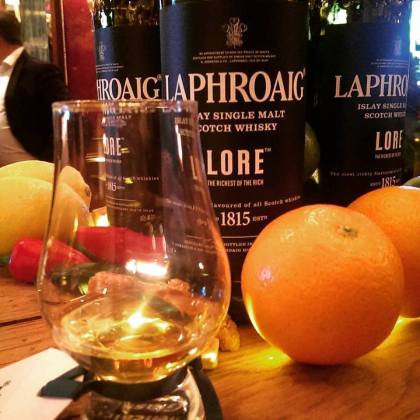 The nose has a lot going on. On one hand, sweet, and oily. Chestnuts, baked fruit, vanilla. On the other, classic Laphroaig notes of smoke, peat, TCP and some ash – a grassy and salty hint. 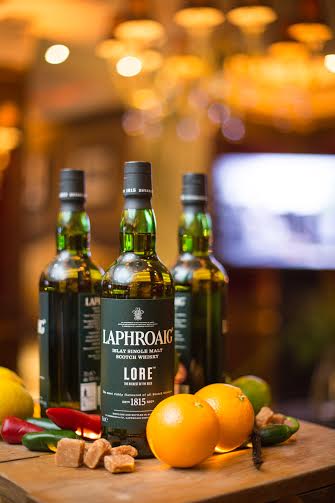 The palate confirms what Laphroaig is selling – the Lore is a wonderfully rich whisky. Rich in depth, and range of flavour – a procession of them. Initially floral, spicy, light – before the peat muscles in, with a cape of smoke, charcoal, leather, ash, a flourish of stewed fruit in toffee and dark chocolate – then suddenly, a burst of chilli and salty minerality. A brine breeze before the finish.

The finish is twofold. First, very short, and very dry. Settling onto a mellow, sweet and earthy length. Over time, the flavours mellow and calm, customary of younger whiskies.

Similarly, (the bourbon refill barrels included), this whisky has one hell of a bite. Water is needed. The burn is one feature the Hoodooist could’ve done without, especially in such an enjoyable whisky. 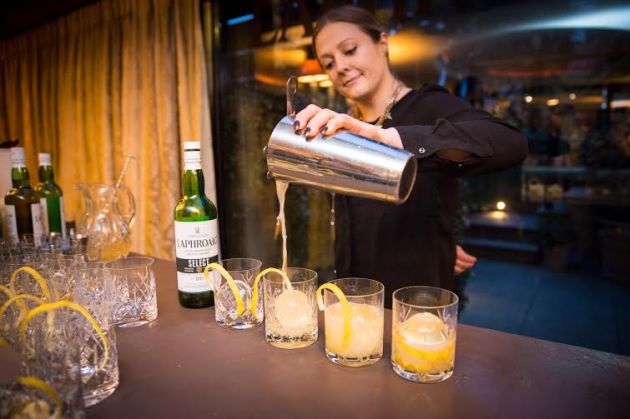 Honestly? I enjoyed this whisky, and if you enjoy the An Cuan Mor, I suspect you’ll enjoy the Laphroaig Lore. Both have hefty pricetags, so it’s up to you to decide – if you’re willing to shell out on one, chances are you are for the other.

Time to set the controversy aside now that it’s here. 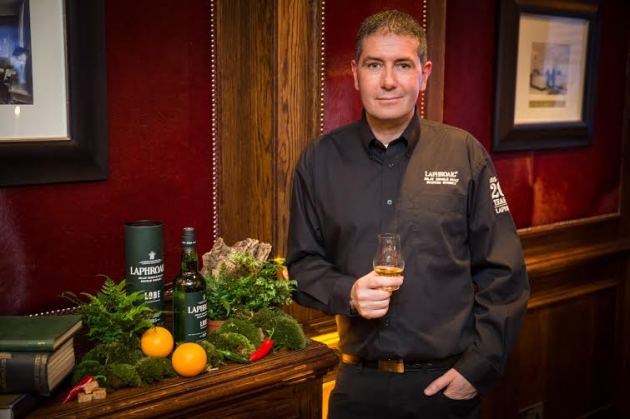 Campbell comments: “Over the generations, distillery managers like me have made their own contributions to the quality and character of Laphroaig. From the founding of Laphroaig, these custodians have each made their own mark, whether it was drying the malting barley at lower temperatures than most, using two sizes of spirit still, pioneering the use of ex-Bourbon barrels, or reintroducing the quarter cask to Scotch whisky-making. Each of these decisions have made Laphroaig the unique, premium whisky it is today. We make the whisky we make because of what has been passed on down to us”.