A self-identified ‘industry bar’, LoCo has rehashed its image and menu to be more approachable to the wider public, according to our wonderfully conversational bartender.

The renovation is…interesting. I recommend going to the much more comfortable and playful basement area. The upstairs area consists of dark, cramped entrance bar, and on the right a bright artspace that is repeatedly painted over for a new artist to come and provide some new artwork, creating a protean, ever changing space for patrons. This is working both ways – in its current first week, we are glad to see Ed Hicks’ great work up on the wall, but providing this involves incredibly bright lighting (beautiful though the copper-pipe light fixture is), resulting in what a friend described as “fast-food-chain lighting”, especially oppressive in the daytime.

The bar is rather ambitious with hosting multiple events, repeatedly changing the menu, via contests and guest chefs, and the art as well. Some of these events, like Rematch Beeyatch, in fact make this more of an ‘industry bar’ rather than less. 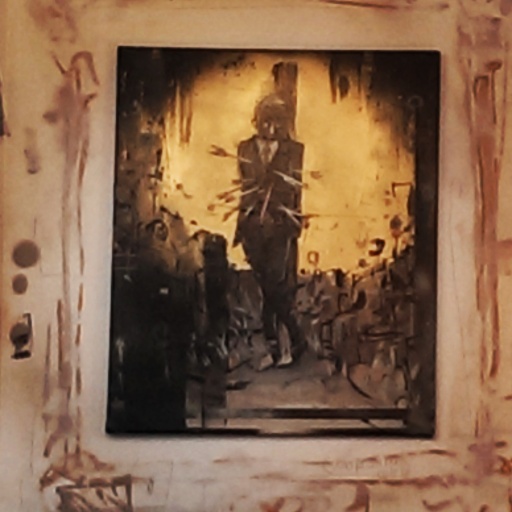 Regarding the drinks, I have to admit, I missed their old menu. The new menu has a distinctly Loungelover feel in the choice of drinks. Our bartender explained they were trying to inject fun into the menu by adding ‘secret ingredients’ to each of the drinks, under code names like “Aphrodisia No.9”, a spiced aromatic concoction; or “Powdered Libido” which was cayenne and paprika.

I sort of get the idea? Personally, I found it to be bit of an annoyance. Thankfully it was quiet, so our bartender was free to usher us through the menu, but I wouldn’t want this hassle on a busy night. I adored our server, but I felt like I needed to take notes just to keep track.

In any case, our first and favourite drink, the Rocky Horror was a spicy wonder. Absolut Vodka, Grand Marnier Cherry, Lime sugar syrup and Powdered Libido, garnished with a red pepper; provided a pepper-spiked and tart drink for the summer sun. I rarely go for tall drinks, but when they come with an edge like the Rocky Horror does, I can’t help myself. A Floradora-meets-Bloody Mary.

Our second drink was a bit of a disappointment, primarily because of the ‘secret ingredient’, but since it is created in-store, can always go through future re-tweaking – it is only their first week. The DayJar Vu (raise an eyebrow if you got that): Four Roses bourbon, lemon juice, and Aphrodisia No.9. The Aphrodisia is a blend of spices, cinnamon, cloves, among others; the drink is accompanied by large garnishes of grapes and flowers (re: the punny name). The drink has immense potential with a bit of tweaking – the intended depth to be provided by the complex Aphrodisia ends up more confused, resulting in a primarily cinnamon flavour overriding almost everything except the lemon juice.

For the third drink, I asked Mr. Gerakis to recreate a drink from the old menu, the Mr. Martinez Heads East. The original was a Martinez with a spicy twist by using Opihr gin, but since they didn’t have Opihr in stock, the drink was recreated by muddling the drink with cardamom and a couple of spices. The cardamom was the most prominent flavour, but the drink was still very satisfying and I love our bartender for going out of his way and thinking on his feet with this one.

When it comes down to it, Loves Company is primarily an industry bar, more so now than before (though apparently the rehash was meant to accomplish the opposite) – but it doesn’t take away from its ambitious charm, and is perhaps a great pitstop on the way to the industry if you are interested in joining in. With names like Harry Gerakis, Russell Burgess and Lee Baker involved, it has a strong heart; but should keep an eye on how much it’s trying to do too fast.

I’m left feeling ambivalent, I like the bar providing several services and events, but it is especially overwhelming that the moment you walk in, you are bombarded with info about the current artist, the next toast match, the new menu, the secret ingredients, the Rematch event that weekend, and the events and performers following for the following weeks.

Service-wise, it was wonderful, adored our bartender who went out of his way for our drinks and to chat – but I haven’t experienced it on a crowded night and how thin the servers might be stretched with questions regarding the secret ingredients – we were assured it isn’t a problem.

I wish Loves Company the best of luck, it has an amazing amount of potential for being a hub for meeting up and coming bartenders, but they seriously need to update their website (Sorry Lee, I know I’ve been bugging you about this) =P