Now I ain’t no art critic, so let’s go over the drinks as we wander through the various installations munching on canapes. 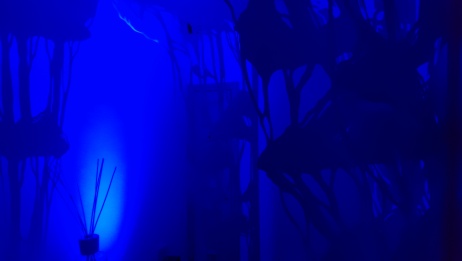 Unfortunately, the launch only served 3 of the 6 cocktails proposed – which to be honest, was a massive disappointment. If this was a matter of using certain ingredients sparingly, a token-for-cocktail affair could have been organised. A real shame since couple of the drinks not being served at the launch seemed to be far more promising that what was served in the end.

Let’s begin with the best of the lot:

The Nerone, inspired by the myth of Nero standing by as Rome burned, evoked the fire and smoke of a city-wide conflagration. Peroni Nastro Azzurro shaken with chilli, passionfruit and smokey Lapsang souchong tea. The smokey tea really mellows the normally overpowering passionfruit, simmering with spiciness. Unfortunately, the flavours separate if the drinker takes time, leaving the last half of the drink to taste almost entirely of Peroni instead of a steady mix, or slight layering of the drink. Nonetheless, a successful cocktail.

The following two were a bit less enticing.

Fellini’s La Dolce Vita inspired the La Dolce Vista (geddit.) – meant to be sipped slowly, a twist on the Aperol Spritz. Peroni NA, orange, grapefruit and Prosecco; demands a VERY long sipping time. And though mediocre, would be probably more enjoyable as a shorter drink. In any case, mixed well, and something to relax in the outdoor area with.

Finally, the Honey Peroni brings together Peroni NA, vanilla infused rum and honey for a drink described as well-balanced – but is anything but. Painfully sweet on vanilla and honey, and left unfinished. 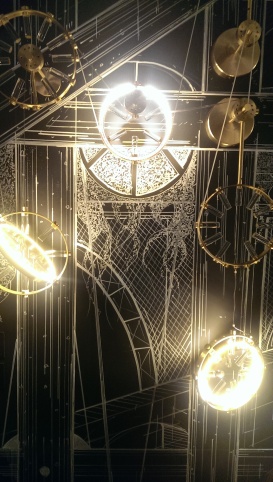 Unfortunately, I cannot comment on the last three drinks that were not served on the night, so cannot review them. Which should have been considered since a press launch would demand, well, people giving a fair review of what a venue has to offer. Similar with the sparse canapes. In any case, service was excellent, employees were absolutely wonderful.

In any case, the House of Peroni provides an interesting, if not university-house-party-esque atmosphere for a night out, even if the coffee leaves a lot to be desired. For an evening of socialising, worth one drink.

The House of Peroni

2 comments on “The House of Peroni Press Launch”