So the Night Tube starts tonight!

You’re preparing your clubbing plans across London as the 24 hour Central and Victoria lines come to life tonight, how about some words on late night food and cocktail bars around the city to indulge in before drunkenly stumbling into Vauxhall at 3AM?

A short walk from Chancery Lane station, it’s the last week to enjoy the successful Game of Thrones menu for the fans here at Bird of Smithfield, so enjoy some seasonal British fare and five floors of dining and boozing till midnight tonight before just crossing the street to Oriole. The critically acclaimed bar, open till 2AM, boasts a massive collection of sophisticated and unique cocktails with a tropical jungle theme. A relaxed venue, studded with international treasures comes to life with a live band and a Saligo Bay (Bruichladdich, baked oat syrup, peated barley, green walnut liqueur, peat dust) in hand.

Or, hop further East at Liverpool Street to pop into the 24 hour Duck and Waffle before a short jaunt to Black Rock Whisky Bar across from sister cocktail bar, the Worship Street Whistling Shop for 2AM tipples. 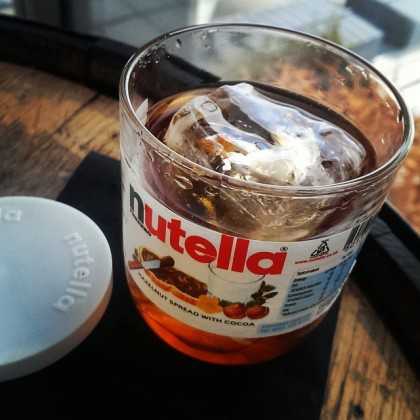 There is no shortage of late night venues in London’s never-sleeping beating heart.

Meaty late night bar snacks and sensational cocktails to be found in the red arena of MASH Steak (or both, in the Mexican Smuggler cocktail) 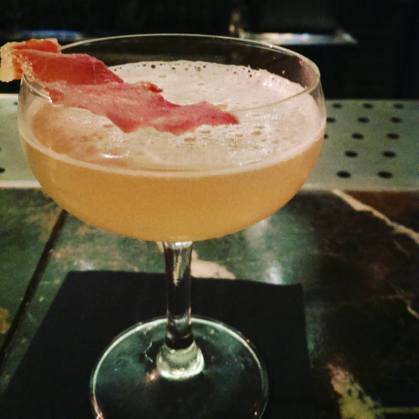 Not far, there is the enormous subterranean Brasserie Zedel, which will be serving French fare till midnight, whose Bar Americain will be open till 1AM for cocktails in a snug Art Deco setting.

Soho is still up late, with celebrated cocktail bars like the spectacular El Camion dishing out the tequila till 3AM, and Balans still going strong at 6AM. A midnight meal of Korexican can be had at Bo Drake, before a little bit of everything and a dance at 100 Wardour St till 2AM!

After some late night Chinese, there is always Opium Chinatown serving up dim sum and cocktail till 3AM. And something closer to the theme, Cahoots cocktail bar will be shelling (sorry) out the cocktails in a 1940s style tube carriage of a bar! 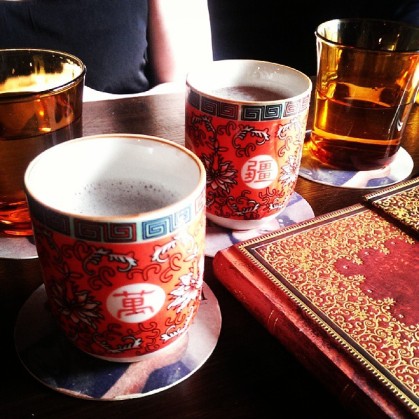 Opium’s ‘Born on the Baijiu’

If you’re willing to walk a little further to Shoreditch, the amazing NOLA is open late till 3AM for one of their award-winning Sazeracs. 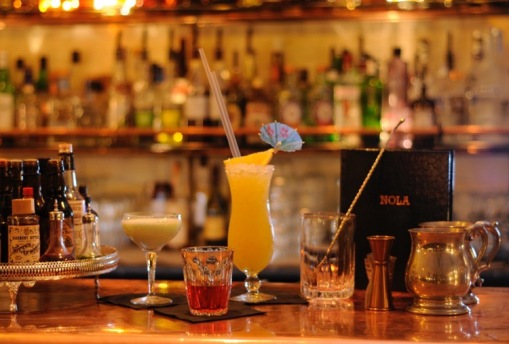 If not, hop on the Central for a 4 course midnight dinner at Sager+Wilde Paradise Row, before hopping over to Peg+Patriot for some seriously experimental cocktails.

The excellent Sun Tavern – tonight open till 2AM! Serving free oysters and 5 pound Poitin Boilermakers, you can’t miss this. And PS: keep the receipt and hop on the Central to Liverpool St after. Until 2AM, Discount Suit Co. will be giving 50% off your tab if you are carrying your receipt from the Sun Tavern!

Notting Hill is the place to be for Central line late – pop by the legendary Trailer Happiness for 1AM shenanigans fueled by copious amounts of rum, or at the Little Yellow Door, serving up American fare till 1!

Highbury and Islington‘s got some late night fun – the recently opened Little Bat Bar – sister to the famed Callooh Callay, will be serving up dinner and drinks till 1AM tonight, and after pop down to The Doll’s House for late night live music and carousing till 4AM!

Or, grab a late night biryani at the King’s Cross St. Pancras Dishoom before 1AM cocktails at the Pancras Hotel, or Shaker & Co. at Euston/WarrenSt!

Brixton has exploded in popularity, and isn’t lacking in late night venues from late nights. Three Eight Four, who serve up a mean Brooklyn and Smoked Manhattan go on past midnight, or run under the arches to cocktails at Ekcovision till 4AM!

If you’re looking for a quieter night out, find yourself sampling unique and experimental cocktails over dinner at the hidden away  Shrub and Shutter till 3AM! 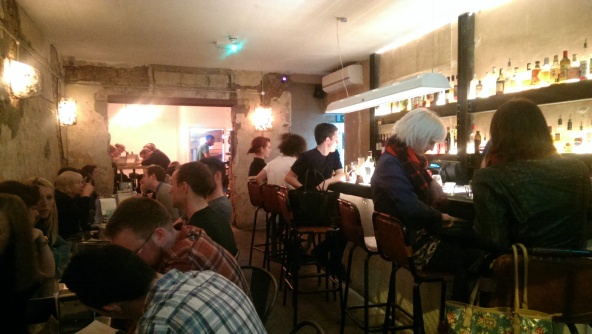 And that’s just the Central and Victoria lines! Travel safe, and for god’s sake don’t lose your Oyster card.

All info on the Night Tube can be found at the TFL website.