“There are many ambassadors of Mexico to the UK,” announces the Mexican Ambassador behind the bar, “Tequila is one of them.”

Working alongside event organisers, the Tequila Festival in London is being proposed almost as a diplomatic event – with good reason. Though the wide-spread drinking of tequila and the recent emergence of Mezcalerias like 184 Hackney Road are known well enough, a connoisseurial culture of the spirit never completely blossomed in the Isles. “This is a no salt or lime zone”, stresses Festival organiser Eduardo Gomez as we grab our Mexican passports. 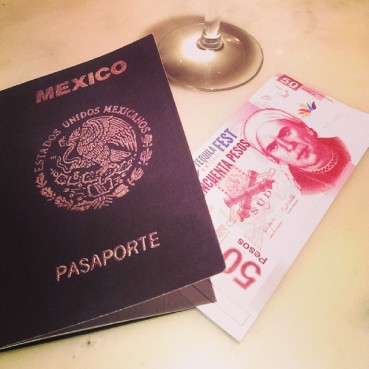 Hosted at Agaveria El Nivel, one of the Hoodooist’s favourite openings this year (Click HERE for review!), the press preview brought forward a spectacular crowd to taste a large variety of tequilas & mezcals, either neat or in a margarita. A few fantastic discoveries in the world of tequila for the Hoodooist, such as Ambar’s selection of Blanco, Reposado, Anejo and Extra Anejo; where the aging of tequila isn’t dissimilar to that of cognacs, as the vanilla and wood notes begin to grow over time. Delightfully smooth, the Extra Anejo is a fantastic sipping tequila.

It also works surprisingly well in cocktails – a Tommy’s Margarita bursts with flavour here, and saved the Hoodooist’s butt in a cocktail competition that evening. Who knew that a blander Margarita made with a blanco tequila of an unnamed company can be spruced to life with a splash of Ambar Extra Anejo? Definitely remembering that concoction.

Ocho Tequila obviously makes an appearance – but I still vote for its use in cocktails moreso than to sip.

Siete Misterios still a winning mezcal for me, as is the Del Maguey, which I discovered at the Cocktails in the City show (Click HERE for review!). And whereas I was recommended the Papadiablo, it came off a bit harsh on the throat for myself.

On the note of mezcals, you can’t go wrong with a nicely smoky Del Maguey Tommy’s Margarita. 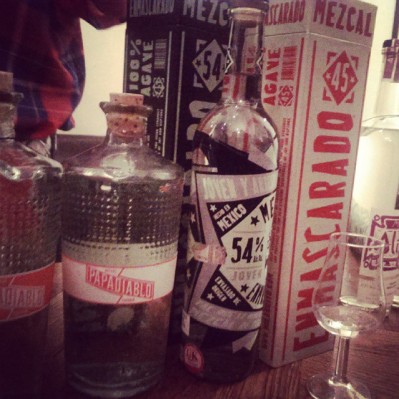 After the food provided by El Nivel (incredible as usual) was demolished by the now slightly staggering clientele of the room, the Hoodooist retires to the bar for a cheeky little sip of a Fortaleza Tequila – who knows when he’ll get a chance with this rarely-seen-outside-Mexico tequila. On the nose the warm pine is almost identical to the interior of a Swedish sauna, strangely; with smooth length, and sandalwood aftertaste. Unlike any other tequila tasted that day. Incredible. 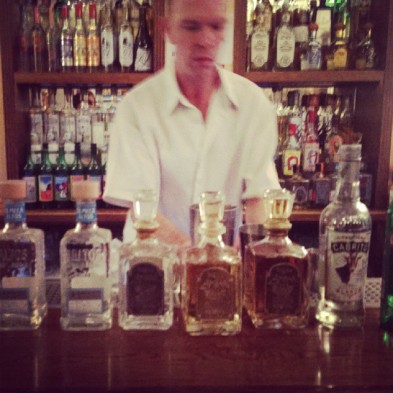 Opinion of the night? Fantastic execution, one of the better press nights I’ve been to in a while, so major thanks to the organisers and Cutlass Communications! If the organisers keep this up, I can’t deny that Tequila Fest is going to be an incredible weekend that I’m already looking forward to!

“The Tequila Fest will educate you in the customs of production and consumption and engulf you in the taste, smells, sounds and sights of true Mexico. There are few spirits with a more rich and fascinating lineage. Get to grips with the technical jargon, the process of distillation and the bounty of care that goes into every single bottle.” Also featuring blind tastings, cocktail tutorials and masterclasses, and what the ambassador calls, “Real tequila.”
UPDATE: London Tequila Fest 2014 has been reviewed! Click HERE.