Some of you might be gearing up for the craziness of this year’s St. Paddy’s Day (cough Sun Tavern), but whether or not you’re still wearing (feeling) green (or still pretending to be Irish), this year’s explosion of Irish whiskeys and poitins onto the London cocktail scene is making some of the Scots lowkey panic.

As for the English whisky distilleries..Well. Um.

We now enter the ballroom of the Irish Embassy, South Ken, where the Bord Bia Irish food board and brought in some of the biggest, and growing, names in Irish spirits to taste, in the company of fab bartenders from Loves Company and LCC!

Let’s have a stroll and look at some of the outstanding spirits we have on show today!

Before the whiskey classics, let’s get on to whiskey’s ancient ancestor and fairly recent and exciting on the London scene – the potent Poitin has been released after its four century long ban from 1997. 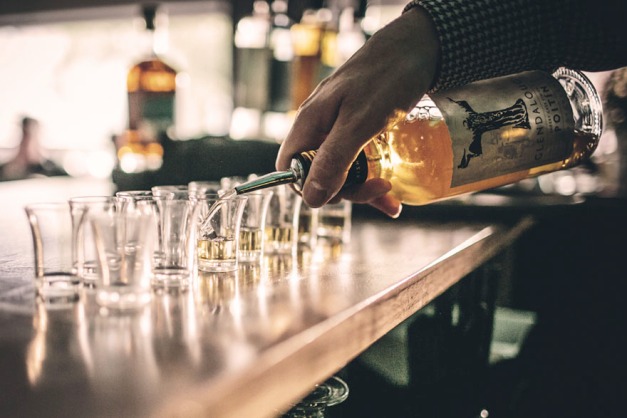 The standard Glendalough Poitin comes with a similar bread palate, with pepper and oak, with a subtle creaminess. The (wonderful!) Sherry Cask Finished Poitin has a beautiful nose of orange and spicy sweetness, a toasty palate of fruit and spice, and long sherry finish. Finally, the Mountain Strength is bold with barley, fruit and oak. Spectacular stuff.

On the note of strong drops, St. Patrick’s Distillery Moonshine will put a bit of pep in your step.
How about something a little different? We’re seeing a lot of gin from Ireland, and one of the more intriguing ones is Drumshanbo Gunpowder Gin: A bright citrus of lime and lemon before giving way to deeper spices and the characteristic gunpowder tea. Great if you like your gins spicy without getting too Opihr-esque. 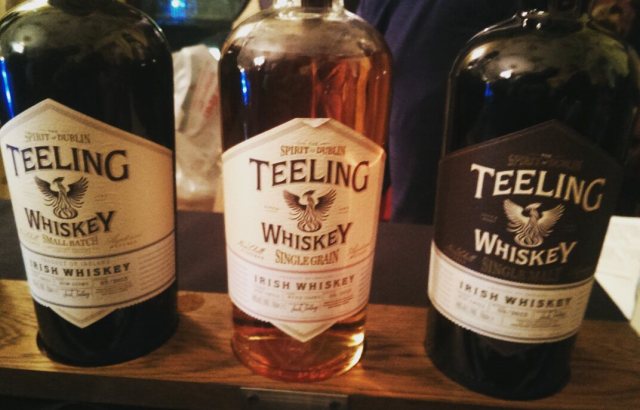 Of course Teeling is here!

We know the Single Malt: Light, peppery, cinnamon – peppered with floral notes. The Single Grain is more adventurous: Be ready for cereal flavours with spice and treacle, custard plays around here too. A spry spirit, that. Finally, the gorgeous Small Batch: rich with floral notes, spiced with cinnamon and other herbs, a creamy creme brulee at the end. Wonderful and flamboyant.

On whiskeys, got to give a second to Hyde’s 1922 Rum Finish Single Malt – the rum cask gives this whiskey a twist with tropical fruit, and stronger vanilla notes. 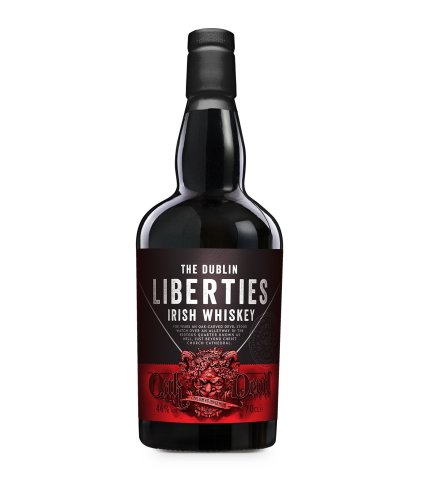 They say an oak-carved devil stood over the gates of a place nicknamed Hell in the Liberties of Dublin. They also say that oak was soon used for whiskey barrels – explaining the name of The Dublin Liberties‘s whiskey: Oak Devil. Expect a lot of caramel, spice and pepper, followed by warm winter notes of Christmas. Love this little tipple.

Get yourselves ready for St. Patrick’s day!