Smiths of Smithfields, a Farringdon staple for it’s multiple floors and enormous space, has long attracted city boys after work and meetings in the day time. One of its floors has now been relaunched as Death + Victory, a dedicated cocktail space.

This smaller bar exists as a more private, less formal, room away from the rest of the venue, allowing for some intimacy and conversation. In teals and yellows, with low candle light, it maintains a city-chic.

We were looked after by George, who was attentive and made fantastic conversation. Even when busy, we didn’t feel overlooked.

The menu is meant to be easy and accessible to the cater to the after-work or quick meeting experience. Light and easy drinking cocktails that often come as twists on classics.

The Smooth Fields presents us with a twist on the whiskey sour – Jameson Caskmates stout edition whiskey, Amaro Averna, egg white, lemon, sugar syrup. The Caskmates’ nose of orchard fruit and the Amaro’s spice comes through on the nose. As a sour, it holds its own with the Amaro’s bittersweet orange zest and liquorice flavours adding a bit of tart bitterness to the sweeter Irish potstill and hopsy notes from the stout cask.

While we’re on the sour train, the Monkey Went To Market mixes Monkey 47 gin, apricot liqueur, lime juice, gomme, egg white and garnished with mango. An excellent sour where the woodsy and spicy Monkey 47 is balanced out against the apricot for a bright cocktail. 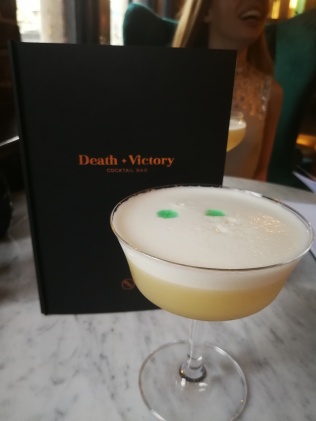 Our final two cocktails include the one that didn’t work too well and one that was excellent.

The Horace, I think, is entirely too ambitious. Absolut Elyx, jasmine tea, Lillet Blanc, lemon juice, chocolate bitters, Champagne creates a cacophony of clashing flavours and temperatures, with the hot tea is mixed in with the cold spirits, and asking the bartender to chill it down was one way of making it more drinkable.

On the other hand, The Regal was an excellent take on a classic Brooklyn.

The bar had (luckily) just run out of Lillet Rouge, which would be the usual vermouth for the cocktail (let’s leave the argument for whether or not Lillet is a vermouth for another time). Instead we used the Lillet Blanc to mix with Chivas Regal 18YO, Maraschino and honey water.

Saving the cocktail from the potentially sickly mix of the Rouge, the Blanc instead allows for a lighter yet still decadent cocktail where the marmalade and cocoa of the Chivas mellow out the honey water, with that added candied orange and quinine of the Lillet Blanc giving it that little kick. 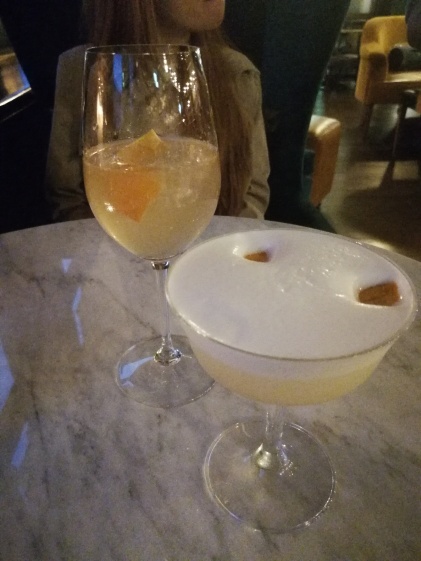 The Horace and the Regal

If I were to raise a concern, it would be that the prices were slightly steep for the offering at 12 GBP each.

Outside that one concern, we must acknowledge the comfortable space and attentive service, the drinks were all approachable and enjoyable, and it is pleasing to see an after-work staple for so many in the area step up its cocktail game.